Communication and the Art of Influence 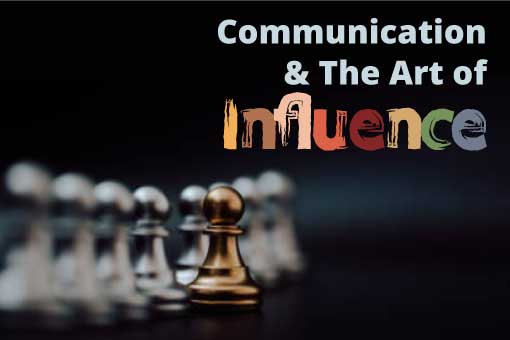 In every act of communication, we strive to influence others. Even when our communication is simply to inform, we seek to align someone else’s view of reality to ours. While we can influence others’ behaviors, the higher aim is often to change their minds as well. However, it’s this sense of “mind control” that burdens the term with negative connotations today.

It’s often thought that to influence someone is to hold a hypnotic power over them, usually for nefarious reasons or personal gain. Someone or something is a “bad influence.” We often ascribe the act to politicians, cult leaders, or Rock-and-Roll lyrics. Social media “influencers” are opportunistic marketers. Irresponsible folks drive “under the influence.” You get the idea.

Even though the term has gotten a bad rap recently, the premise of influencing as a part of communication isn’t nefarious at all; in fact, it’s a basic component (and outcome) of any effective communication. And savvy communicators understand how to use influencing strategies to get their message across more effectively. Here are some tips on how to communicate better by influencing your audience.

Influence requires an understanding that most people fear and resist change. Even when your audience knows change will be beneficial, some push back is inevitable. At these points, communication can become strained or breakdown. When possible, you can influence a successful outcome by easing folks into change rather than “ripping off the bandaid.”

“I do a lot of organisation transition and change management,” says Phoenix Lavin, a veteran FM who’s worked in the industry since 2003. “Sometimes that change is painful, and there’s a bit of grief and disruption.” Lavin suggests meeting resistance to change by taking elements of  a “soft landings” approach:

“A soft landings approach incorporates taking the time to introduce people to change. Rather than leaving people feeling like change is being forced on them.”

People fear change primarily because they feel a lack of control. In these moments, fear tends to consume our focus, making it tough to communicate. Engage in active listening and let your clients vent their frustrations. Allowing your audience to express their anxiety, lets you identify and focus on the source(s) of that anxiety. You may not think their “problems” are a priority, but by refocusing and being empathetic, you make your audience more receptive to your own ideas.

Also, invite your audience to contribute to the project. It will give them a sense of control. “It’s about how they can see themselves in this new building/facilities,” Lavin explains, “and how they feel engaged and part of the build and operation process.”

By engaging your audience in the problem solving process, you also give them stock in the solution, and they come away from the conversation confident they’ve contributed. You will know your soft landing was successful, if your audience comes away not knowing they’ve even “landed.”

“I’ve got to gently move you around here so you barely realise you’re going around the corner,” Lavin explains. “Then voila! All of sudden now it’s your idea not mine. That’s the influencing component of good communication.”

As is often said of words: they matter. The wrong words can alienate your audience by putting others at a lower level and/or yourself within a higher one. We often interpret these linguistic positions on an unconscious level, but they impact our audience’s reaction nevertheless. To level the field, choose language that communicates equality. Lavin provides a relevant example for facilities management:

“In our industry, we are often shackled with the term ‘service’ (which is linked to the term ‘servitude’). What we hear in that word is: You are here to do something for me, and, therefore, I am greater than you. When we look at communication, we’ve got to understand our audience and adjust our language so we’re not in a position of servitude, but in a position of competency and credibility.”

Instead of “customer,” Lavin suggests using terms like “stakeholder” or “end-users” to refer to the people benefiting from your input and expertise. This is especially important in relation to in-house management.

Another loaded term to avoid is “discussion.” Within it, Lavin says, lurks aggression and an imbalance of power. “It’s a one-way exercise,” she says. “It says I’m pounding something into you. I’m going to say what I have to. Instead, I tell people to use open terms like ‘dialogue’ or ‘conversation’ or ‘chat’.”

Some words and phrases may create or reflect frustration as well. As tensions rise in our conversations, our language often becomes more formal sounding or even legalistic. Try to maintain the same level of formality and tone as when you began the conversation, otherwise, your audience will immediately detect such changes, become defensive and make your influence less effective. “These are subtleties,” states Lavin, “but they’re how you change the dynamic of a conversation for the better or worse.”

Include Yourself in the Conversation

In the spirit of equality, speakers and writers should also include themselves in their arguments and narratives. Say “we” rather than “you.” Self-inclusive language helps eliminate hierarchies and signals that you have a stake in the outcome too, that you’re acting in good faith. It also forces you to empathise. If your message is “we’re all in this together” then the implication is that everyone must appreciate one another’s perspective.

“Anyone who is an effective communicator puts themselves into the narrative,” explains Lavin, “not in an arrogant way, but in an understanding, empathetic way. We can take a lesson from Te Reo Māori. In Te Reo Māori, we could start a meeting by saying tēnā koutou which is Greetings to everybody in the room (3 or more) or we can say tēnā koutou katoa which is greetings to everybody, and I’m including myself in the statements going forward.”

Inclusive language is also a prime launching point for bolstering your own credibility and experience. Politicians often use unifying language to great effect. Most never pass up a chance to point out their “working class roots” or “humble beginnings” to connect with their constituents. There’s a simple reason for the ubiquity of this approach: it works. If you’re sincere about your connection, your audience will (and should) respond positively.

“If you’re part of the organisation,” Lavin explains, “then communicate that these decisions are affecting you too. Let’s say you’re at the top table for an expensive capital replacement, and the stakeholders say, The business can’t sustain this. Your response should be: We understand the hesitancy, and we understand the drivers of the business. As a part of the workforce, I understand this. That type of language creates an unconscious connection. So, suddenly you’re not just a person saying I want something from you. You’re saying We need to do this together.

Got an Expert? Bring them Along

Credibility is such a key part of influencing that it’s foolish to omit someone with expertise in the arguments and ideas you’re presenting. Too often, we feel overly confident or too prideful to admit our ignorance of a topic, opting instead to “fake it ‘til we make it.” It’s a dangerous gamble that can tank your influence if you’re outed by a technical question. Lavin advises that if you think your credibility may be questioned, to bring someone else into the room:

We always think we have to do difficult conversations on our own, but we don’t. There’s nothing wrong with saying, ‘Oh, I’ve brought Ms. X along with me today because she’s currently working with X systems and she’s got a better overview and understanding of this.”

The need for expertise requires FMs to build and maintain professional relationships. Find people who can provide you with answers and guidance when you’re stuck. “I still need to bounce things off people,” Lavin admits. “I’ll ring people and say, I’ve got to bounce this off you. This is where I’m going, and I can see it’s not going to work but I can’t quite see my way out of it. When you’ve got a great network of people who have skillsets different from yourself, you can do that.”

At its most complex level, the art of influencing is about abiding by simple courtesies of communications. It doesn’t take an advanced degree in communications or being a master orator to be empathetic, inclusive and thoughtful about the words you use. There’s no “political correctness” to abide by. For most managers, these “strategies” are basic mores of professional conversation. Often the real art of influencing is not in the execution of these simple courtesies, but in the remembering to do so. 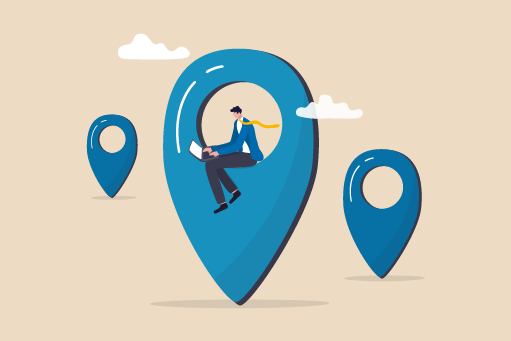 Remote work has presented challenges for both workers and their companies. Challenges include adopting flexible schedules and conducting video...

5 Icebreaker Tips for Networking at Tradeshows

You stride through a bustling conference hall, alive with excited chats and enthusiastic handshakes. In your pocket, a stack of freshly printed...