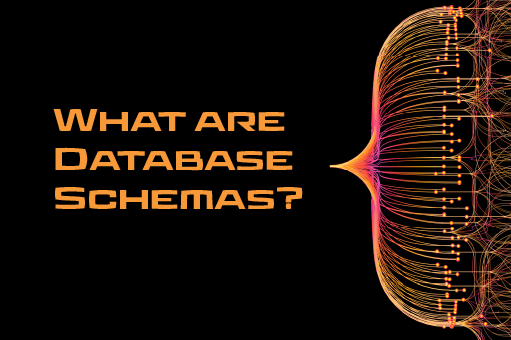 Although often overlooked by building managers and engineers, data schemas are essential to the efficient building management, data analysis and system automation. That’s because schemas are the building blocks of effective database management. Without them, you foreclose your property’s potential to save energy, adopt tech, and compile valuable operational data that make your buildings run at more efficiently and at lower costs. But what are schemas and how do they work?

Databases of all kinds must be organized in pre-determined ways. Otherwise, it’s impossible to store and retrieve data in any workable sense. Think of a schema as a naming standard “language” for how you write, store, and retrieve the information about your building—from the status of its assets to the historical data around energy use.

Just like any language, schemas have rules and conventions. Language has rules around naming things (e.g., noun, verb, etc.) and grammar (subject + verb + director object). If we don’t follow the rules, communication turns into confusion or completely breaks down. In the same way, database schema standards outline how things are stored, what they’re called, and how they’re related (i.e., relational database).

Schemas deal in metadata or “data about data”. For example, books have metadata in the form of their title, author, publisher, or call number. In the same way, buildings have data about their assets, such as asset name, location, site, or type.

For managers and engineers, schemas make recording and managing your asset database easier by ensuring your library is mapped, tagged and organized in a way that’s easily understood by machines and software. So, these standards are intended for both building owners and developers, ensuring both parties are speaking the same language.

Too often, managers and engineers use schemas customized to their site or ad hoc naming conventions that get lost when buildings change and people move on. Such informality creates confusion over time, but maintaining a standard schema ensures your software, BMS and assets can always communicate effectively.

What are the major differences between these two sentences, and (more important) what can we do with the second sentence that we can’t do with the first?

For one, Sentence 2 contains more descriptive words (“black Labrador” “yellow” “toy box”), so we have a better understanding of the context. Second, the shorter sentence lacks an object. We know the dog fetched, but we don’t know what it fetched. The second sentence tells us—it’s the ball. In the longer sentence, we’re even given information about the situation (i.e., the Lab has a toy box). More importantly, Sentence 2 creates a relationship between the subject and the object. We can say, therefore, that the longer sentence is “relational” in that it describes how one thing (the dog) is related to another (the ball), which is related to another thing (the toy box).

These same differences exist between informal and standardised schemas. Longer, more descriptive schemas provide more context and meaning around a building asset. They’re also relational, in that they describe how one asset (e.g., temperature sensor) is related to another (e.g., AHU). Consider these two naming schemas for a temperature sensor housed on Level 9 of a hospital.

While the basic schema lists only the location (LV09) and asset name (TempS), the advanced schema extends the description to include the building, system, asset type, point type, specific location, and the device class. With these added details, we now have a relational description of the sensor. For example, we know it is part of the mechanical (M) system and part of an AHU. Therefore, we can say Schema 2 is part of a relational database, and that it gives us a greater understanding of the asset and its place in the system.

Overall, Schema 2 gives us more context and meaning than Schema 1, and we can use this information to learn more about how our buildings operate. Once we extend this schema strategy to our entire building, we have a powerful way to analyze its contents and functional efficiency.

There are many benefits to adopting and maintaining a standard database schema. Here are a few of the most important.

Standard schemas create a common lexicon and database structure for software developers to use. Adopting a standard naming schema makes software deployment and management much simpler. Developers and building systems benefit from a common, predictable set of rules and naming conventions. Such standards make software development and deployment easier and cheaper because both stakeholders are working from a shared data structure. The developer can simply bolt their software package to your system, and everything works out-of-the-box.

Conventional BMS pages are static. Their queries are hard-baked, with pre-built graphics that deliver data around points such as fault detection, temperatures, run speeds and statuses. They are “static” in that their queries never change. Your BMS will only “ask” specific questions about your system. They may be important questions, but they are, to be sure, limited. Contrary to their appearances, however, buildings aren’t static with respect to the data they produce, and managers and engineers often need to run queries and generate dynamic lists that exist outside the BMS purview. Using a relational, standardised schema allows this limitless flexibility.

For example, say you suspected one of your AHUs was starting to fail. You could run a query that identified all room temperature sensors that have been reading above 21 degrees for the last 24-hours for that specific AHU. If your schema is relational, it understands which specific sensors to target. You could then upload the data to a dynamic page to help troubleshoot performance issues. Dynamic lists like these can improve predictive failure and shorten downtimes.

With a standard relational schema, you can identify an asset’s effect on the system and impact to service.  For example, a standard schema can show you the effects to other systems when you plan to replace a failed actuator. Before work begins, you can ask questions like: “Will replacing the actuator stop chilled water to the whole building or just the data center?” or “How will the replacement affect Tenant X, Y and Z?” Such insights give you and your service engineers the right information for estimating costs, cutting downtime, and ensuring better tenant outcomes.

Buildings go through many evolutions in their life cycle, and these changes affect your asset database. Standard relational schemas make updating metadata much easier and more accurate. Recording changes only requires updating one specific piece of data, like a room number or new part. After that, your system automatically adjusts names and relationships, both upstream and downstream. Standard schemas cut the time and costs of updating asset databases.

Today’s most popular standard schemas differ in their approach, but all attempt to standardise asset description and storage to aid interoperability and software deployment. Project Haystack is a tag-based schema focusing on streamlining operation between smart devices within buildings, homes, factories, and cities. The Brick Ontology standardises both asset labels and connections, allowing the user to create a relational database.

It’s difficult to make big data work for you without first putting it into a standard structure. Schemas are that structure—they’re the digital architecture of your building systems. By building your asset database with standard schema, you’re ensuring your building, tenants and occupants benefit from future invocations such as advanced analytics, AI, machine learning, and cloud computing. These are the future of building operations and facilities management. Once all buildings graduate to smart status, they’ll be connected to everything, and proptech will help managers do everything from calculating asset depreciation to managing carbon emissions. 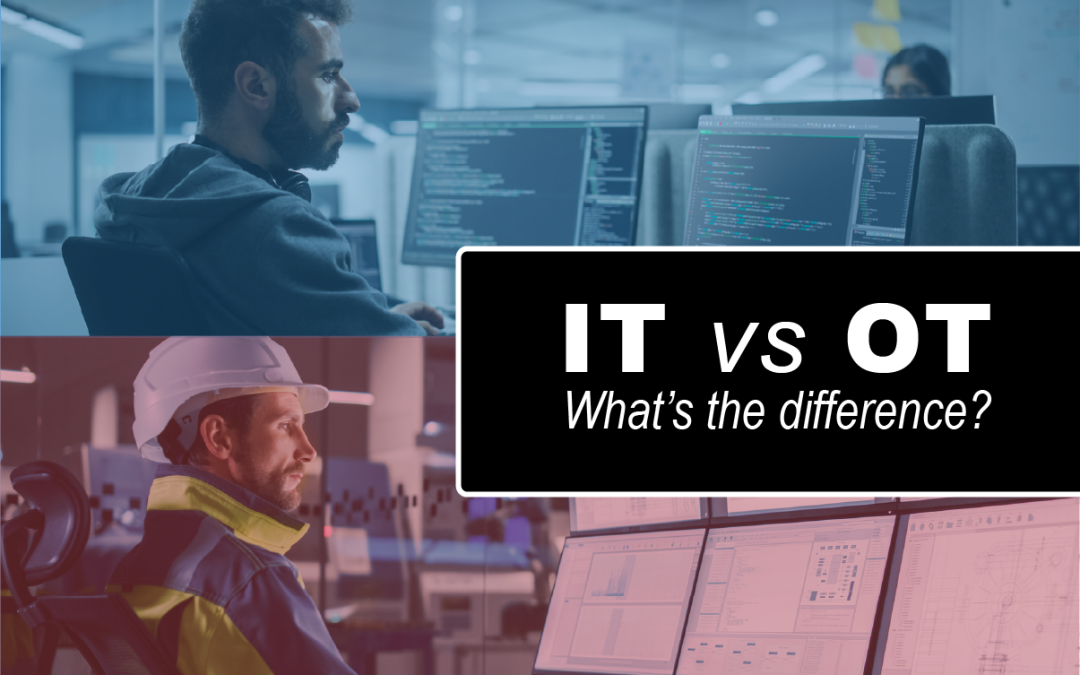 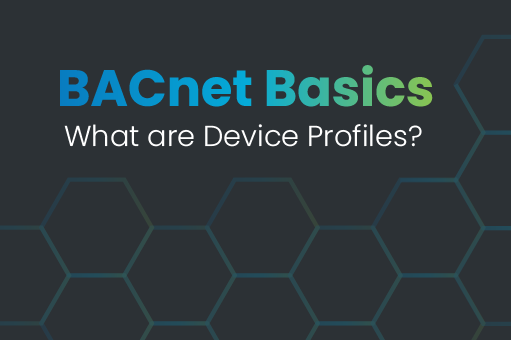 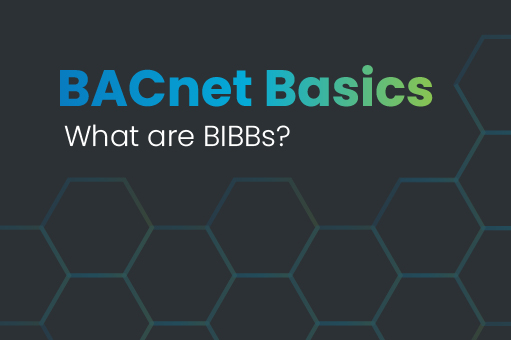 BACnet Basics: What are BIBBs?

Every complex topic or field needs a helpful naming system. Scientists name flora and fauna by genus and species. Even astronomers have their own...